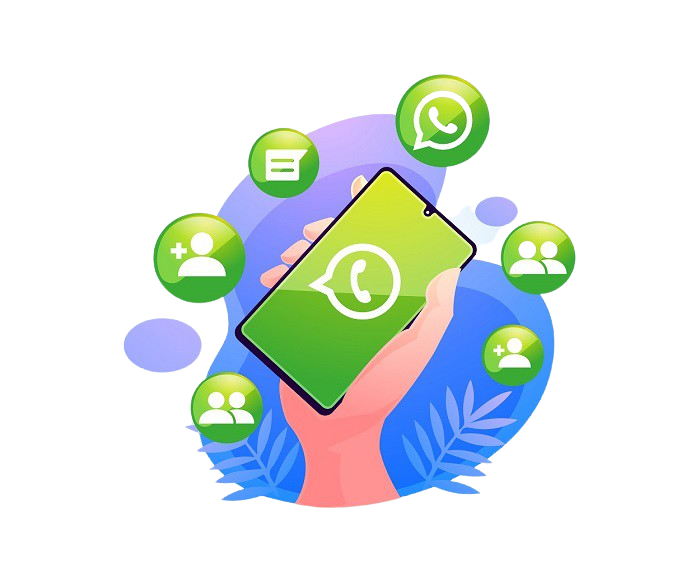 Hands down, WhatsApp is the #1 most popular mobile messenger app worldwide. In fact, the app rang in the New Year with its busiest day ever at more than 1.4 billion voice and video calls.

Yet, 2021 was a year of highs and lows for WhatsApp. While the COVID pandemic brought new users and businesses to WhatsApp overall, the app also faced fierce competition.

For example, in January 2021, Telegram beat out WhatsApp in highest number of downloads, due to users becoming frustrated by WhatsApp’s new privacy policy.

Even so, WhatsApp continues to impress across the board. To give you a sense of WhatsApp’s strong market position, we’ve put together top WhatsApp statistics below.

WhatsApp continues to see stunning growth and usage. Here are some winning statistics about this messaging app:

Source: We Are Social

WhatsApp ranks third for the world’s most popular social platforms, just shy of 2.29 billion on YouTube and 2.74 billion on Facebook.

WhatsApp is popular across diverse users. Specifically, this messaging app is used by:

Source: We Are Social

In addition, WhatsApp users show the following behaviors, including:

WhatsApp also shows big numbers for messages, including over 100 billion WhatsApp messages sent every day and over 2 billion minutes spent on WhatsApp voice and video calls every day.

WhatsApp in the U.S.

The U.S. has the 3rd highest number of WhatsApp users at 75.1 million. In addition, user behavior in the U.S. is defined by these statistics:

WhatsApp is a world leader in messaging apps, taking the #1 spot for 58 countries and 30% of the world. In fact, 69% of internet users use WhatsApp, excluding China.

Countries leading in number of WhatsApp users include India, Brazil and the United States, which together make up over half a billion users:

However, the penetration rate for WhatsApp is much higher in other countries.

Other countries have much higher penetration rates, including:

In addition, other countries are quickly expanding WhatsApp use. Russia leads the pack with 17% growth in monthly active users in the last year. Other countries with high growth include India (at 16.6%), France (at 16.6%) and Indonesia (at 15.1%).

What’s more, these countries had high growth in WhatsApp downloads in the Google Play Store during early 2021:

On a final note, there are six countries where WhatsApp is banned or restricted, including China, the United Arab Emirates, Iran, Syria, North Korea, and Cuba.

2021 has been a particularly big year for WhatsApp, likely due to the pandemic. In January alone, it was downloaded 18 million times in the Google Play Store.

In fact, WhatsApp grew significantly during COVID, increasing small-to-medium business use by 132%:

Finally, WhatsApp features have long impressed users. Here are some top features by the numbers:

Ultimately, WhatsApp has upheld its top ranked spot and grown during the pandemic. Though it may have lost some users due to privacy earlier this year, it maintains a strong foothold as the #1 messaging app worldwide.

As WhatsApp continues to lead the market, we’ll keep an eye out for even more statistics about this messenger app.

Are you a stat fan? Explore top statistics about WordPress, the Internet and more on our blog.

WhatsApp in the U.S.