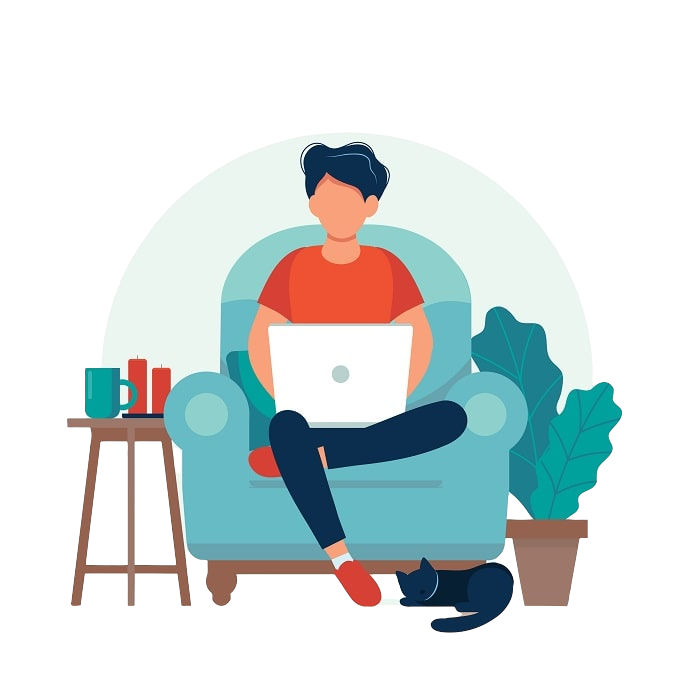 The gig economy has seen spectacular growth in recent years. In the U.S. alone, there are 59 million freelancers in 2020, with predictions of reaching 90.1 million by 2028.

In addition, 30% of Fortune 500 companies are relying on freelancers to fill gaps.

The gig economy was also spurred by COVID-19 changes to the workplace, with 75% of freelancers attaining financial stability during the pandemic.

For many, COVID also highlighted the benefits of remote work and flexible scheduling, which gig workers tend to enjoy. When happy, gig workers can be highly engaged too, and companies with an engaged workforce tend to outperform competitors by up to 202%!

It’s clear that the gig economy is becoming a titanic force globally. To give you a better sense of this movement, we’ve put together 100+ statistics showing the ultra growth of the gig economy.

🔥 Overall, the gig economy is growing three times faster than the traditional workforce.

Most gig workers participated on a part-time basis. In 2020, there were 24.6 million part-time gig workers in the U.S. On average, 60% worked freelance at least weekly and averaged 11-30 hours a week. In other words, one-third of Americans earn their paycheck working freelancing jobs.

That means 55% of freelancers still hold a regular or full-time job on top of freelancing.

Only 29% of freelancers said their gig work was their only source of income and 44% reported it as their primary income.

However, this may change as the gig economy is booming. In 2020, gig economy participation was up by 33% and 78% of freelancers reported that they want to do the same or more gig work in 2021.

Companies feel the same way, with 40% reported wanting to use more gig workers in upcoming years and 80% starting to use freelancers.

Finally, the future of gig work appears quite strong. While there’s no one way to be a gig worker, here are a few highlights:

By far, Gen Z is the most common age group for freelancers, representing 50% of all participants. In fact, it’s estimated that millennials will make up 75% of the global workforce by 2025.

Freelance participation in the US, by generation

In addition, gig work has:


Freelance workers in the US, by level of education

Finally, gig workers are typically highly educated. 45% have a postgraduate degree, while 32% have a bachelor’s degree.

At the same time, 93% of gig workers report that skill training is essential to their work.

Interestingly, freelancers are quite happy with their benefits and working conditions.

80% are satisfied with their current job, while 84% are living their preferred lifestyle.

This is perhaps best shown by the statistic that 75.7% wouldn’t give up their independent work for a regular job. In fact, 51% of freelancers would not go back to traditional work for any amount of money.

Having a flexible schedule is cited as the #1 biggest benefit by 32% of freelancers and reported as “important” by 95%. Freelancers are happier and more satisfied by their work than traditional workers, even though they generally make less.

Yet, gig workers have different reasons for why they work independently. While 33% of them prefer a traditional job, 45% would like to stay independent and add clients.

Overall, 60% of traditional workers would like to start “side hustles.”

Usually, gig workers get started in order to “make ends meet,” but also 66% mentioned their interest in being their own boss.

Also, it’s important for gig workers to find a sense of stability. 63% cited that having a diversified portfolio of clients is more secure than one employer and the average is 4.5 clients a month.

In addition, 70% said they would be more loyal to clients who pay them on the same day.

Of course, gig work isn’t without its challenges.

27% report having trouble unplugging for work at the end of day as their biggest challenge. Freelancers also score higher on the Anxiety Index.

45% with primary income from gigs had an Anxiety Index higher than 50.

Finally, gig workers are smart about how they get gig work. Often, they use the internet and popular social media platforms, including:

The gig economy is a truly global trend.

The big five in terms of gig economy size include the U.S., China, Brazil, Japan and India.

However, according to revenue, the U.S., U.K., Brazil, Pakistan, and Ukraine are the top five countries for freelance work.

Other global markets are expanding at extremely high rates. Since the pandemic began, Japan has seen a 513% year-on-year boost in gig work, with Spain at 329% and the U.K. at 300%.

They’re not alone. In developing countries, the use of gig platforms has increased by over 30%.

Some other statistics that highlight the global gig economy include:

In addition, other countries rely even more on gig work. For example, Niger had a 95.1% self-employment rate, the highest reported in the world.

Freelance income varies greatly worldwide depending on the work performed and whether it’s a primary or secondary source of income. Generally speaking, gigs as secondary income are more common worldwide at 53%.

Interestingly, the worldwide average hourly rate of freelancers is $21/hour and about 85% of freelancers globally make less than $500 a month. (The U.S. shows slightly higher numbers, with hourly rates ranging from $31 to over $115.)

Here are some other key numbers about freelancer income:

Gig work spans a range of industries. However, it’s quite popular in the web and programming fields, which account for nearly 50% of all freelance work.

Upwork reports similar numbers, with 75% of freelancers working in the arts and design industry compared to only 25% of non-freelancers.

Also, IT analyst is a particularly in-demand job these days, with 43% growth. Other IT jobs with growth include:

Some other popular gig work sectors include rent and transportation.

In fact, Airbnb was a high-earning gig, with about $924 average monthly income for renters in 2020.

In addition, gig economy growth has been seen in other sectors, such as:

Finally, gig work changed somewhat during the pandemic. Many freelancers transitioned into new situations, depending on their industry.

As you can see, the gig economy is booming. Will the U.S. reach 90.1 million freelancers by 2028? We suspect it will surpass this mark much earlier, but we’ll have to wait and see.

Are you a stat fan? Explore top statistics about WordPress, Websites, the Internet and more on our blog.