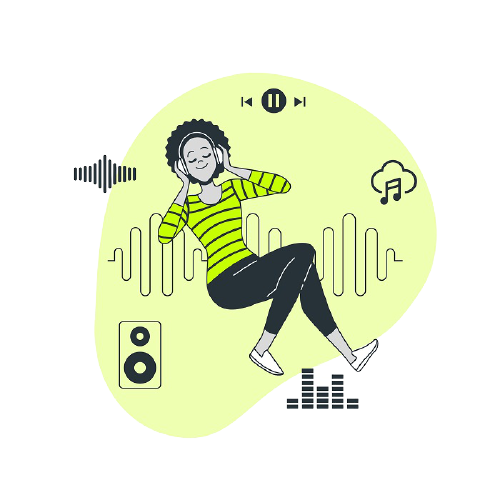 👦 How Many Users Does Spotify Have?

Currently, the total number of Spotify users is 406 million.

180 million of these users are subscribers.

⬇️ How Many Downloads Does Spotify Have?

Spotify is currently the world’s most popular music streaming service with over 1 billion downloads in Google Play Store alone.

🎸 There are more than 70 million tracks and 4 billion playlists on Spotify.

💰 Spotify worth is estimated to be around $72 billion.

📈 Spotify is the global market leader among all music streaming services with a 36% market share.

💵 Estimated Spotify revenue for 2021 is about $9 billion.

✨ Spotify was founded in Sweden.

Even though Spotify is already the world’s most popular music streaming service, it just keeps growing. Earlier this year, it announced plans to expand to 80+ new markets around the world and add 36 languages to the platform.

To better understand this company’s growth, let’s go over the latest Spotify statistics.

Overall, Spotify has seen strong, steady growth since its launch in 2008. Here are some numbers to put its progress in perspective:

How Many People Have Spotify Premium?

How Many People Use Spotify?

What Countries Is Spotify Available In?

On the whole, Spotify is most popular with young people. Over half of Spotify’s user base is under the age of 35.

Here are some other key numbers about Spotify’s users:

Statistics for User Behavior on Spotify

Generally speaking, users on Spotify are quite active with 44% of them using Spotify on a daily basis.

Get a sense of user behavior with these statistics:

Europe is Spotify’s #1 most popular region, though other regions are steadily growing.

To put this in perspective, check out these numbers:

In fact, it holds 36% of the world’s market share, with the closest competitor Apple Music at 18% market share:

In addition, here are some other numbers about Spotify’s presence on the market:

Subscriptions make up the largest portion, with $8.15 billion generated of the total $9 billion:

Spotify Revenue By Year and Segment

To wrap up, here are some numbers about Spotify artists and content:

While top artists and songs change on a weekly and monthly basis, here are the artists with the most monthly listeners of all time on Spotify:

Most Played Songs on Spotify

What are Spotify top genres?

This is obviously an interesting question, but there is no verifiable data on Spotify music genres popularity available at the moment (at least something we know about).

There is information on Spotify podcasts genres though.

Thus, Spotify in their “The Trends That Shaped Streaming in 2020” report, stated that the top podcast genres on their platform are:

As for the music genres, we can look at the most favorite music genres in the World provided by IFPI in their Music Consumer Insight Report:

We think the list of the most popular Spotify music genres is likely to be similar to IGPI’s ranking provided above.

Other Interesting Facts About Spotify

It’s clear that Spotify is a strong market leader with steady growth worldwide. As Spotify expands into 80+ new markets this year, these numbers are sure to spike. Will they reach the goal of 407-427 million monthly active users globally this year? We’ll have to wait and see.

If you enjoyed these Spotify statistics, you can get all our statistics on WordPress, the Internet and more on our blog.

How old is Spotify?

What is the most played song on Spotify?

The most played song on Spotify is Shape of You by Ed Sheeran which was streamed 2.94 million times as of 10 October 2021.

What percentage of Spotify users are premium?

44.33% of all Spotify users are premium subscribers.