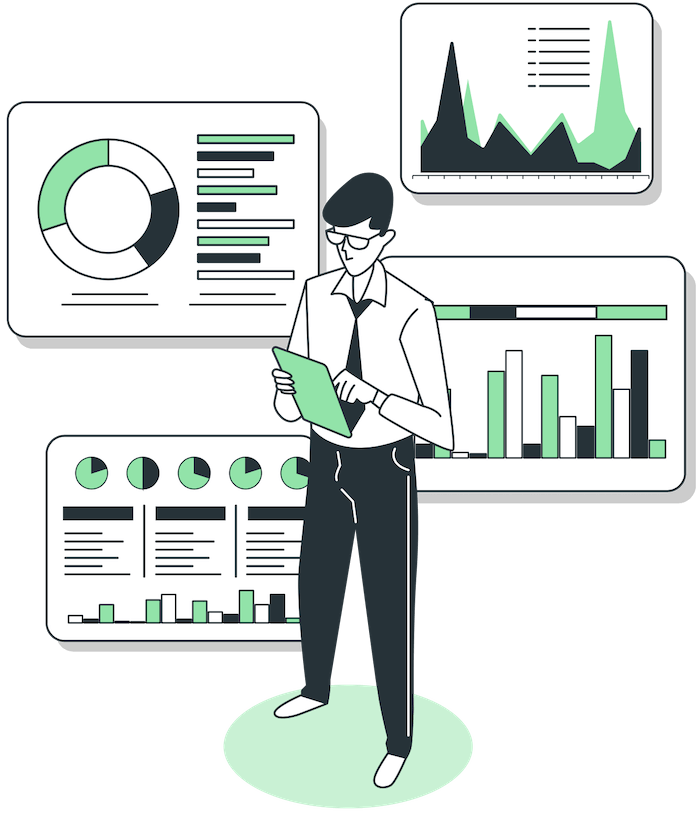 Obviously, there is no way to ignore mobile in today’s world.

Everything is going towards mobile now. So is the marketing.

Below are the most important mobile marketing statistics 2019 that shape the face of digital marketing today and will be doing so tomorrow.

Well, let’s dive straight in and see what the stats tell us about mobile marketing in 2021…

2. According to Statistia, there were over 5 billion unique mobile subscribers in the world as of 2017…

3. This figure is expected to rise to 5.7 billion by the end of this decade.

9. In 2017 that about 29 million jobs were directly or indirectly supported by the mobile ecosystem.

11. In 2017 about 79% of mobile travelers have done their travel reservation after doing some research on their mobile device.

12. Up to 45% of travelers have made calls to get more information about a particular service after engaging in mobile research on the mobile device and this figure is significantly higher than the 37% recorded the year before.

13. 58% calls to book or get more information have been made by mobile travelers after doing research on their mobile devices. This is a significant increase from the 45% recorded in 2016.

14. About 89% of people who recommend a brand do so after having positive mobile experience with it.

15. Research published by Google suggests that up to 61% of people are unlikely to come back to a mobile site they had difficulties using.

16. 58% of mobile users expect mobile sites to load as quickly as or faster than desktop sites.

17. 86% of marketers believe an improvement in the speed of mobile site can enhance customer satisfaction.

18. Every 1 second mobile page load delay may result in conversions drop by up to 20%.

19. 91% of mobile device users plan to buy or have bought commodities after seeing a relevant ad (as described by them).

20. There is a 62% less chance of people buying a product from a brand after having a negative experience on their mobile sites.

21. 46% of those who have bad experiences with a mobile site state that they do not intend to revisit the same site to purchase anything from them in the future.

22. Overall 78% of mobile brand experiences are described as positive.

23. On the average, 200% more brand experiences happen via mobile than every other means combined and that includes computers, stores, TV etc.

24. There is a 2.3 times more likelihood that a person that is actively searching for an item via mobile would make an in-store purchase.

25. Over half (54%) of all mobile brand experiences are image- or video-based.

27. Most popular mobile internet activities according to internet users worldwide as of 1st half 2017 are email, social media, online video, news and downloading software/applications.

List of most popular mobile internet activities (1st half 2017)

28. We are now as likely to watch online videos or look at photos on our phones as on our desktop computers. Today, mobile digital media time in the US is the highest among all types of devices (including Desktops and Laptops):

32. 70% of mobile users delete simply delete emails that are not displayed correctly on their devices.

33. Pinterest is the most visited social network on mobile. 64% of its referred traffic comes from tablets or smartphones.

36. 7 out of 10 minutes spent on YouTube videos come from mobile devices.

37. In the US at least 10% of all payments at Starbucks comes exclusively from mobile devices.

38. More than 87% of internet users are now smartphone users.

43. Percentage of smartphone users per country:

44. Percentage of users browsing the internet at least as often via smartphone as computer:

45. Internet users are 36% more likely to check the availability of an item in a local store on their smartphones now than two years ago.

47. 73% of smartphone users think get directions is important.

48. 70% of smartphone users think that call button is important.

49. Average time spent browsing on a smartphone per month (as of August 2016):

50. Average adult (18+) in the US spends two hours, 51 minutes on smartphone every single day.

51. Generally, smartphone visits to US websites drastically raised since January 2015, while tablet and desktop visits declined:

52. Millennials all over the World spent on average 223 minutes (almost 4 hours) every day on their smartphones compared to 107 minutes in 2012:

53. Approximately 43% more research is done on smartphones than computers by millennials who intend to buy an item.

54. Today about half of all business-to-business queries come from smartphones.

55. More than 40% of all transactions are carried out on smartphones.

56. 83% of mobile business travelers have booked travel after doing research on their smartphone in 2017.

57. Almost half of all consumers (48%) begin their research with search engines on mobile devices.

59. The mobile searches for product reviews have grown over 35% in the last 3 years.

60. 35% of those who conducted a search on their smartphones, in the end, spent more in the store than they initially planned.

62. 65% of users look for the relevancy of information when searching on their smartphones and ignore the company providing the information.

63. 51% of smartphone users have discovered a new company or product when conducting a search on their smartphone.

64. 26% of consumers start mobile research with a branded app.

65. 75% of Gmail users access their accounts on mobile devices.

66. 8 in 10 marketers worldwide use location targeting for mobile advertising.

67. 50% of smartphone users visit a store within a day of their local search compared to 34% on computer/tablet.

68. They search for: product availability, address, working hours, and directions.

70. Location part of ads has been used by more than 60% of consumers. They pointed out the importance of this features in ads, particularly directions and the call button on smartphone.

71. 18% of local phone searches triggered a sale within a day vs. 7% of non-local searches.

72. 70% of Computer/Tablet and 61% of Smartphone users want ads customized to their immediate surroundings.

76. Mobile devices serve as the source of over 50% of all searches related to maintenance, services, and parts.

79. The smartphone’s share of website visits has increased year-on-year across the whole of Europe, with the highest growth being experienced by the top 20% of German businesses, who saw a 51% increase in traffic from mobile devices.

80. In the U.K, the top 20% of performers are getting half of their browser visits from smartphones, compared to just under 38% for businesses which haven’t invested heavily in optimizing their mobile customer experience.

81. The top 20% of performers in each business sector outperformed their peers when it came to smartphone visits.

RELATED: How Many Websites Are There?

86. In US, mobile apps constitute 57% of all digital media usage.

88. In US mobile apps constitute 57% of all digital media usage.

89. Smartphone apps alone on average get 50% of all digital media time.

Here is how mobile app downloads have been growing globally over time:

91. Mobile app usage is globally dominated by Facebook and Google.

93. There are over 70 mobile app marketplaces and the most popular app store is Google Play with 2.87 million apps.

95. 81% of users prefer mobile sites to apps for price research;

98. 79% of smartphone users use their smartphones to help with shopping.

99. But 79% of large online advertisers still do not have a mobile optimized site.

100. First time mobile devices generated a billion dollars in online sales on Black Friday 2016. The exact amount spent via mobile devices was $1.2 billion, which means a 33% increase compared to the preceding year.

101. No doubts it was a great day for mobile. However, desktop sales with 64% of revenue still constituted the majority online sales in the US.

102. Around 70% of 2016 Thanksgiving Day traffic came from mobile, with tablets contributing another 8%.

103. Mobile devices accounted for 53% of all orders on Thanksgiving Day. This was the first time when mobile e-commerce surpassed desktop in total order quantity.

104. While in-store shopping for merchandise back-to-school shoppers use their mobile devices. Of the 81% who do so,

109. 39% of store walkouts were influenced by smartphones. In all those cases consumers left stores without buying.

110. 67% of US consumers choose the shopping store based on digital discounts received on mobile.

112. 16% of smartphone/tablet users made a purchase decision as a result of marketing offer.

113. 51% of shoppers make a purchase based on a mobile notification in the store.

114. However, while at the store, 69% of brand’s loyal customers (compared to 58% of all consumers) will actually change their purchase decision in favor of the brand after receiving mobile notification to their smartphones/tablets.

115. 55% of shoppers search for discounts on their smartphone or mobile device in the store.

116. 79% of mobile coupon users in the US say that they share brand reviews, along with information about how much they saved on a product with family and friends following a purchase.

117. 1/3 of travelers said that they do not find researching and booking comfortable on their smartphones. This opinion remained unchanged from 2015.

121. This was the main reason behind mobile ad blocking gaining popularity and increasing 90% YoY.

127. Around 53% of Facebook’s Ad revenue comes from mobile devices.

131. Percentage of tablet users per country:

133. They are also more likely to ask for coupons from a merchant.

135. About 40 percent of consumers in the U.S. checks social media on their tablets on a weekly or daily basis.

136. Besides social media, some of the most popular activities among tablet users in the U.S. include using their emails, using search engines and watching online videos.

Nick is a website enthusiast with years of experience. He loves creating new sites, testing novel concepts, discovering amazing tools, and sharing all his findings with the World.

How Many Websites Are There?

We're running a short survey on WordPress and would really appreciate your input.
Please take a minute and help us get to know you better!
Hey There!
Share Feedback